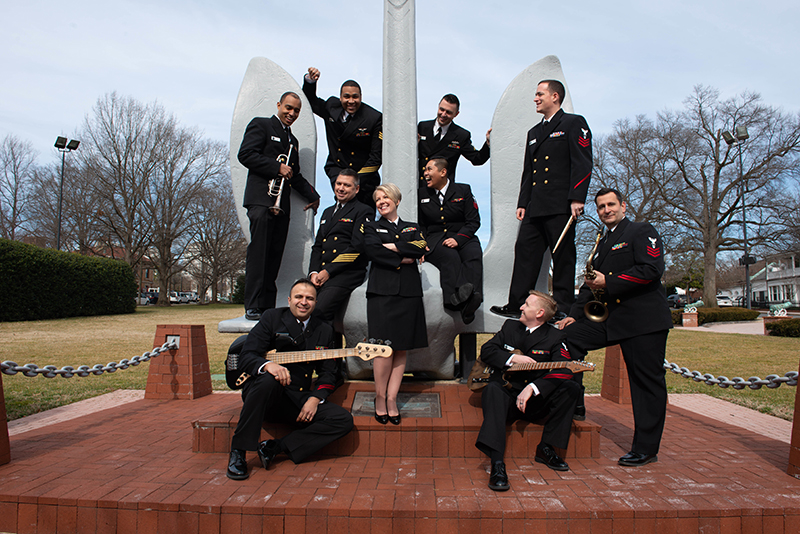 The U.S. Navy Band Cruisers, the Navy’s premier popular music group, features eight of the Navy’s most dynamic performers. Formed in 1999, the group takes its name from the Navy’s versatile, flexible, multi-missioned ship – the Cruiser – and the band lives up to their namesake by having the capabilities of playing genres of music ranging from jazz & standards, rhythm & blues, classic rock, adult contemporary and pop as well as original material.

This elite group has engaged and excited audiences of all ages throughout the U.S. and abroad with world-class musicianship and high energy, fun-filled performances.

In addition to public concerts and educational outreach appearances, they are in constant demand by the most senior government and military officials, including the president, secretary of the Navy and the chief of naval operations. Their show-stopping appearances on Navy birthday concerts, holiday concerts, national tours, and summer concert series performances are always a highlight.