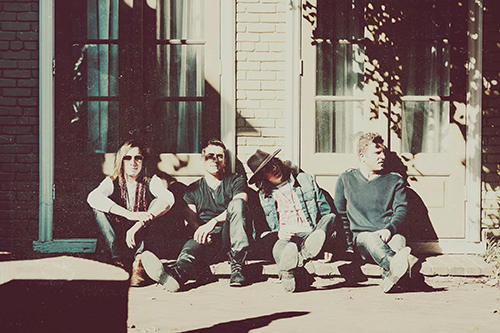 Drawing on their musical roots in Nashville, New Orleans, Los Angeles, and Washington D.C., The Morrison Brothers Band play a unique brand of country music. Founded in 2007 by brothers Truman and Willie Morrison, the group’s award-winning sound took form in their hometown of Washington, DC with the additions of brothers Matt and Kevin Nolan.

The band is currently based out of Nashville and is performing regularly in the Eastern, Mid-Western, and Southern U.S. In the last few years, The Morrison Brothers Band has opened for Merle Haggard, Leon Russell, Frankie Ballard, Maggie Rose, Old Dominion and Big Smo, and shared stages with many of the biggest acts in country music today from Alan Jackson to Alison Krauss to Tim McGraw. In 2014, with over 8,000 submissions worldwide, the band won 1st place in the country category in the “Unsigned Only” music competition for their song “Little Miss Whiskey” off their third full length album “State of the Union”. The band also recently wrote and recorded the new theme song for The Washington Capitals for Comcast Sports Net, and their video for the song can be seen on television prior to games. The Morrison Brothers highly anticipated follow up EP, produced by Nashville record artist and fellow DC native Maggie Rose, is due out in April 2016.