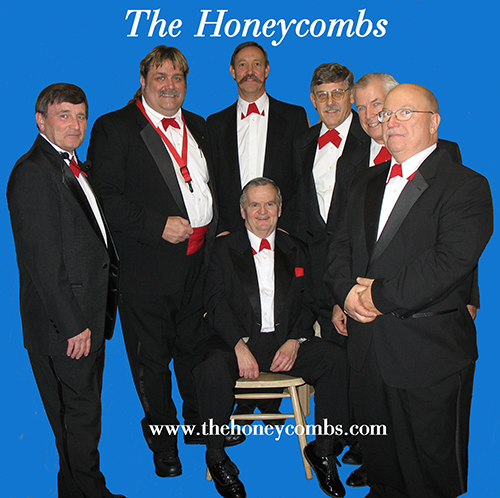 Honey Voshell is the band leader and the man behind the beat. He has been a professional performer for decades and has shared the stage with many top artists including Wanda Jackson and Patsy Cline.

Mr. Voshell is a local icon known for his playing and teaching expertise.

Gary Spengler plays trumpet and is the former music director at Wesley College. He gives the group the “Authentic” Latin sound on some of our livelier numbers.

Chuck Sapp plays sax and has been a favorite for many local bands. He traveled extensively with some.

Jack Wright plays Bass and works in the Maryland School System. He is an outstanding vocalist and an excellent musician.

Phil Staley plays the keyboards and works in management at LD Caulk Inc. Phil is the life our party. He was recently featured in Keyboard Magazine.

Alan Kessel is our lead vocalist and front man. He has sang with many of the area’s top groups and is well liked by all.

Dave Joiner plays guitar player and helps with some vocals. David played with some well known artists in the 1960’s including the late great Gene Pitney.