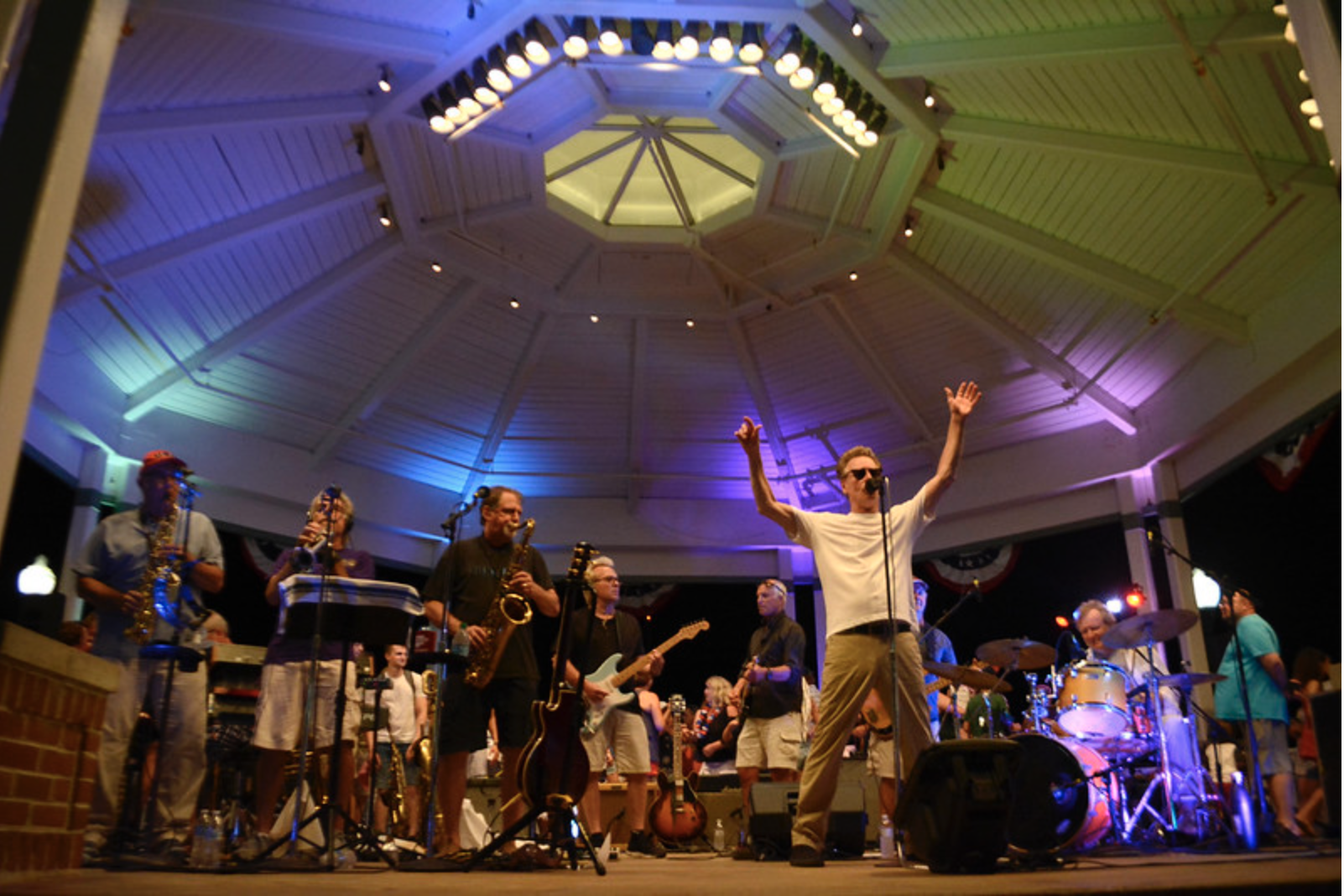 It would be hard to find a band that has more fun than The Funsters. That is why they are still entertaining thousands of people after 20+ years of playing together. Not only are these guys great musicians who share a pride in each other’s musical abilities, but they are also friends. This spirit and camaraderie on stage is what sets The Funsters apart from other bands offering the same type of musical entertainment.

What about the music? Well, it can be anything from Frank Sinatra to The Rolling Stones, The Beatles to Al Green. With a three-piece horn section, four lead vocalists and a guitarist that has toured the world with Joe Cocker, Scandal and Paul Young(to name a few), it is uncommon for any band to match the musical breadth of The Funsters. In fact, with a song list so vast, the members find themselves disappointed that they can’t “play them all” at every performance. With this kind of flexibility, The Funsters can customize a night of music that will be perfect for any event.

The band takes great pride and puts extraordinary effort into assuring that the quality of each performance be topnotch by owning a sound system that assures top quality sound for any type of venue or event. The comment is often made that their performances “sound like a recording”. But that is just part of The Funsters ethic.

The Funsters are indeed made up of lifelong friends. Besides a set of brothers, some members have known each other since childhood and played together in “first bands” over 30 years ago. Other members met and played in bands during their college years and have continued playing together for the last 20-25 years. The common roots of this band can be traced back first to southern Delaware with such groups as “Mr. Softee” ,”Texas”, and “Colour”. Later combinations led to the University of Delaware, the Stone Balloon, the Bottle-n-Cork, and “Jack of Diamonds”, “Eighth Day” and “Kickback”. From crab feasts to inaugural balls, ballrooms to deck parties, weddings to class reunions, The Funsters are the perfect band to entertain your guests at any occasion.