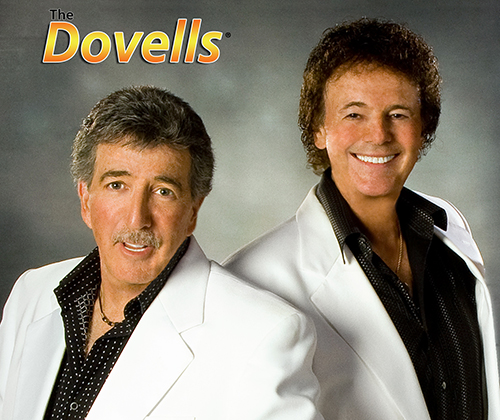 The Dovells made their mark as the kings of early 1960’s dance records!

They were known as the dance craze group of the decade. The Dovells transformed themselves from just a recording group to a top musical comedy act performing in Las Vegas, Atlantic City and around the country at some of the top night clubs, some of their reviews in Las Vegas read: “The Dovells perform some of the funniest & zaniest comedy ever to be displayed on the Vegas strip in addition to their fine musical productions.”

The Dovells, Jerry Gross and Mark Stevens continue to perform nationally and internationally at concerts, night clubs & corporate events, including the 1993 inaugural ball and other presidential events with President Bill Clinton.

The Dovells today are one of the top musical comedy acts around.