The Air National Guard Band of the Northeast 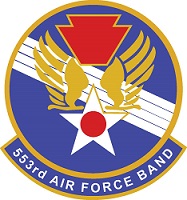 United States Air Force and Air National Guard bands have several objectives: first, to enhance airman morale, esprit de corps, and retention; and second, to inspire patriotism, support Air Force recruiting, and encourage young men and women to serve in the military. These bands increase public awareness and understanding of the armed forces and the mission, policies, and programs of the Air Force, garnering and enhancing public trust and support. They also strengthen the reputation of the Air Force as a good neighbor, a respected professional organization charged with part of the responsibility for national security.

In performing these missions, the Air National Guard Band of the Northeast is in great demand throughout the region and around the globe. Recent years have found the band playing to capacity audiences in major venues throughout the eastern United States and in such distant places as Europe and the Caribbean. A recent deployment included performing for our troops in Kuwait, Bahrain, Qatar and Afghanistan. The band’s annual concert tours have included performances at New York’s Chautauqua Institution, Baltimore’s Inner Harbor and Philadelphia’s Avenue of the Arts. Additionally, the band has been a centerpiece of civic events such as the Governor’s inauguration; conductor training workshops, clinics for young musicians; recruiting tours in schools and universities, and large parades such as the Philadelphia Independence Day Celebration Parade.