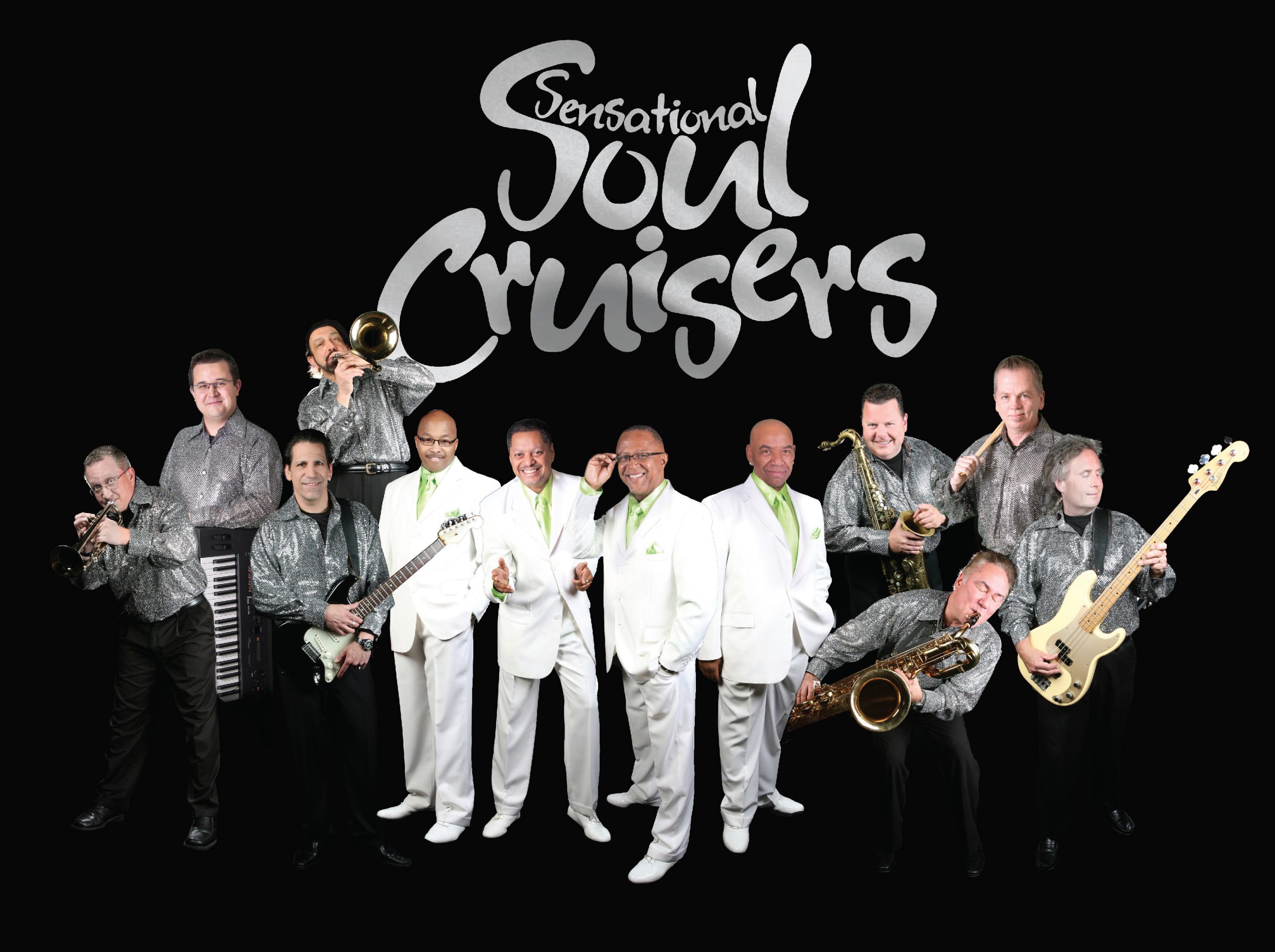 The Sensational Soul Cruisers are not just another 11-man vocal harmony group with horns. While it is still sometimes possible to find a band featuring a similar line up of instruments, it is unlikely that you will ever find another that performs with as much energy, passion, and talent as these guys. From their humble beginnings rehearsing at the chicken coops on Route 33 to the basement of the Cycle Shop on Throckmorton Street, this band has come a long way from its “Eddie and the Cruisers” days to become one of Jersey’s best kept secrets.

Under the tutelage of legendary Jersey Shore sax player Screamin’ Steve Barlotta, who has been the captain of this fantastic soul cruise for over 20 years, has catapulted this band from the recesses of a dingy basement to over 200 performances a year while capturing the true essence of the Jersey Shore sound and its true R&B roots. Fortunately for those of us that feel that the sound of classic Philly Soul, Motown, Disco, Stax, and the music of The Temptations, Four Tops, Earth Wind & Fire, Chicago, The Trammps and other such groups was and still is some of the best music ever recorded or played live, there will be plenty of chances to see the Sensational Soul Cruisers perform this year and for many years to come. While the band travels to and plays concerts in theaters, clubs, public festivals, and private events throughout the country, they will be spending quite a bit of time in the northeast but especially in the New York / New Jersey / Pennsylvania area this year. This is in no small part due to the bands strong ties to its roots in Freehold Borough in the beautiful Garden State.

Over the past 25 years the Soul Cruisers have been fortunate enough to grace the stage with many great artist from Bruce Springsteen, Little Anthony and The Imperials, Gloria Gaynor, Gary US Bonds, John Cafferty, Southside Johnny, The Emotions, Bon Jovi, Smokey Robinson, Stevie Wonder. As well as being the long time favorite house band at New York City’s famed Copacabana.