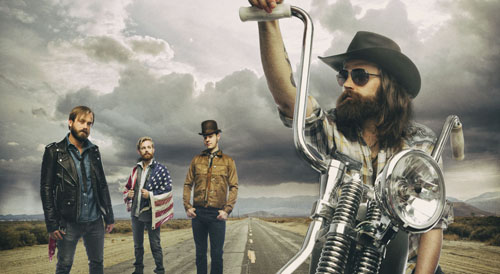 In an age where music is free, fans are digital, and bands are measured in buzz, Phillip Fox Band has taken a classic approach to their music and their career, focusing on great songs, crafted arrangements, 3 part harmonies, and 175 rowdy shows a year. The band’s trademark Southern Rock-inspired sound dubbed “Country-Fried Rock’n’Roll” was most recently realized in their 2014 release, “Heartland”, which earned a “New and Noteworthy” distinction from iTunes and raised $18,000 on Kickstarter from their rapidly growing fanbase known as Beard Backers.