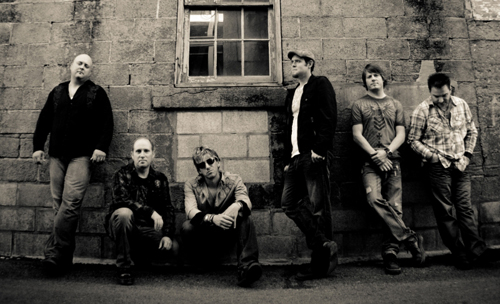 North Of Mason Dixon, aka NOMaD, made a tremendous splash on the regional country scene in late 2004 after placing third in a highly publicized, country showdown competition; Since then, this steadily climbing, beyond high energy act has garnered a great deal of success and shows no signs of slowing down. Opening for national acts like Brooks and Dunn, Toby Keith, and Rascal Flatts (to name a few), being solicited by several tourists destinations such as Ocean City, MD and the Poconos, having performed as a featured artist at some of the areas biggest events and venues (Dollar Bank Jamboree, Post Gazette Pavilion, and the Pepsi-Cola Roadhouse), and performing for such organizations as the Pittsburgh Steelers and the Pittsburgh Penguins, this Pittsburgh based band delivers a refreshing and unique sound they call “Hard Rockin’ Modern Country” that defies any other description.