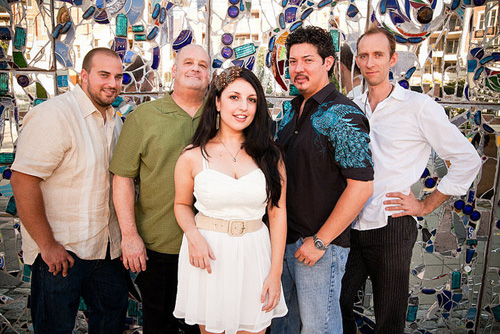 Moonshine Society delivers high energy roots rock, blues, and old school R&B in a style that is often compared to Tedeschi Trucks Band, Alabama Shakes, and Grace Potter and the Nocturnals. Based out of Washington, DC, this band “Grabs a hold of your soul and rocks it!”- The Boston Herald. “A Don’t Miss Show”- Delta Airlines Sky Magazine. In 2012, their album “Live in Shanghai” hit the American Blues Scene- Blues Top 5 Chart while three members were inducted into the Blues Hall of Fame. Lead by blues pinup Black Betty, the band is comprised of A-list players from around the world including DC, New York City, and the UK.