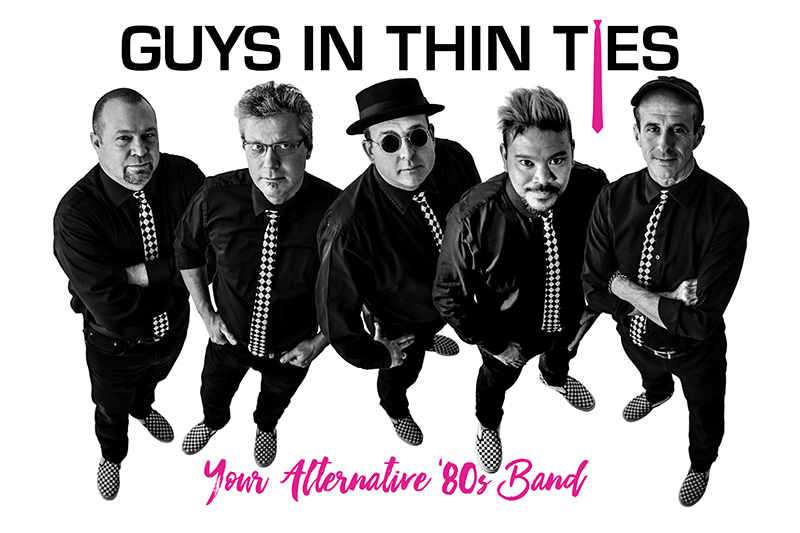 Frederick’s own Guys In Thin Ties wants you to GITT Your ‘80s On! Playing music from an era when hair was big, collars were popped up, and pop culture was, like, totally gnarly, Guys In Thin Ties is the band for those who crave the good old days of awesome ‘80s music.

From pop to new wave to alternative, their playlist will fulfill your obsession with tunes that take you back. If you still want your MTV, you’ll want to check out these Guys. They’re SO choice!